About me and my Riding

Please bear with me whilst I recount my story as I feel it gives a good basis to how I got to this point and how I am not a normal mountain biker.

When I was growing up we used the bikes for transport to and from the horses we owned and for completing the paper rounds which I had acquired. As a teenager, we were competing and training the horses for eventing and endurance events. I was very quiet and introverted at school and bullied on a regular basis the horses were my solace. At University studying nursing, I quit the horse riding and I settled into a nonathletic lifestyle and became involved in an abusive relationship. I flew to Australia on a working holiday visa and met my husband (Tom) in Arlie Beach. At the age of 25 having attended University back in the UK studying Midwifery, I was overweight and very unfit. I started running but due to excruciating knee pain, I bought a mountain bike. Through mountain biking, I met a fantastic group of friendly people in Bristol and I soon gained fitness and strength and competed in a couple of races.

In 2009 my husband and I emigrated from the UK to Brisbane and quickly found work. I continued mountain biking until the pain was so unbearable I went under the care of a muscular skeletal specialist. I was advised to not ride my bike for 9 months until I had a diagnosis. During this 9 months, I went from being able to work and function normally to being unable to mobilise more than 5 meters, unable to drive and unable to work as a midwife. I can describe this period as falling into a big black hole which swallowed me up. I was frustrated, depressed, in pain, on medication which resulted in fatigue and unable to concentrate and had become dependant on my husband to live. I was finally given a diagnosis of Fibromyalgia (chronic pain syndrome) and told to get back on the ‘bloody bike for the sake of my mental health’.

At the end of 2010 - start 2011 I slowly started riding again a couple of kilometers at a time and climbed back on the mountain bike. I had no fitness, 25kg overweight, no skill level I felt I had lost everything. Every ride would cumulate in tears and a hatred for the sport. I attempted a few short races in a local mountain bike series but became so despondent coming last and finishing when everybody else had gone home that I swore off racing forever. When we left the UK I was competing in endurance style mountain biking and placing highly and initially in Australia did a few races before I stopped riding and was getting to a good level.  In 2012 I changed my job and went into education still working in a birthing suite which I love but cut down on the clinical work. In 2012 I met a group of adventurous guys and started to increase the distance I could ride and started loving the bike again.

I then discovered my love, passion, and talent for endurance riding and found the longer the ride the better for training I used to do a ride a loop called the suicide loop which a good friend had put together for me 100km and 4000 meters climbing off road. I competed in my first solo 24 hours at Hidden Vale and completed around 180km in 2013 and loved it. Since then I have gone from strength to strength and with the support and advice surrounding me I have learned and grown. 2014 Saw me competing again at Hidden Vale breaking the 200km mark and winning the event this led to competing at Nationals in Sydney where I came away with a 7th placing in the females.

2015 whilst I was pregnant with Hayley I continued to ride my bike. At 32 weeks pregnant, I stopped riding the road bike as it was getting too uncomfortable for the positioning. I favored my mountain bike, favored riding off-road especially going uphill. I was able to build on my core endurance throughout that time which has to stead me in good stead for later endeavors. I was able to finesse my skills in riding uphill and in pacing. Despite many negative comments regarding being pregnant and riding I felt and knew the best thing for myself and my baby was to keep exercising. I got very good at conducting a risk: benefit analysis before every ride. The riding kept the Fibromyalgia at bay, kept me happy, involved me in a social life and strong enough to continue to work up until 38 weeks pregnant. Early 2016 saw the saw birth of Hayley after a 3-hour labour and 3 pushes this was by far the easiest part!

2016 saw many struggles adapting to life with a baby including the challenges which came with breastfeeding a baby who couldn’t open her mouth properly due to lip, tongue and cheek ties. I started going for short rides 2 weeks after her birth which encouraged and helped my husband learn to be an amazing father. As the time went on the rides got longer, often in the middle of the night so I could be there when Hayley woke up (she only learned to sleep at all at 18 months old day or night). I battled against the anxiety and stress of a new baby the returning to work, gaining back fitness, racing and family life I was fairly confused and couldn't balance everything. Although I had lost the sense of balance in life I wanted to pursue the 24-hour racing and decided that I didn't know how much time the Fibromyalgia was going to give me before it got worse. If I didn't jump now I may lose the opportunity.

I decided to hire a coach to help with the athletic endeavors which I wished to pursue and decided if I was going to do something I was going to to do it properly.  I came under the guidance of Jessica Douglas who understood my other commitments and worked hard with me to put a training plan together which would see me grow and improve as a person, not just an athlete.  The journey in 2016 was not an easy one Hayley had recurrent sickness from daycare cumulating in glandular fever for me, tonsillitis, gastro-enteritis numerous times added to this was a fractured T4-T5 from a mountain bike crash and the incident at 50km on the mountain bike on the road with a wallaby which could have ended my life. 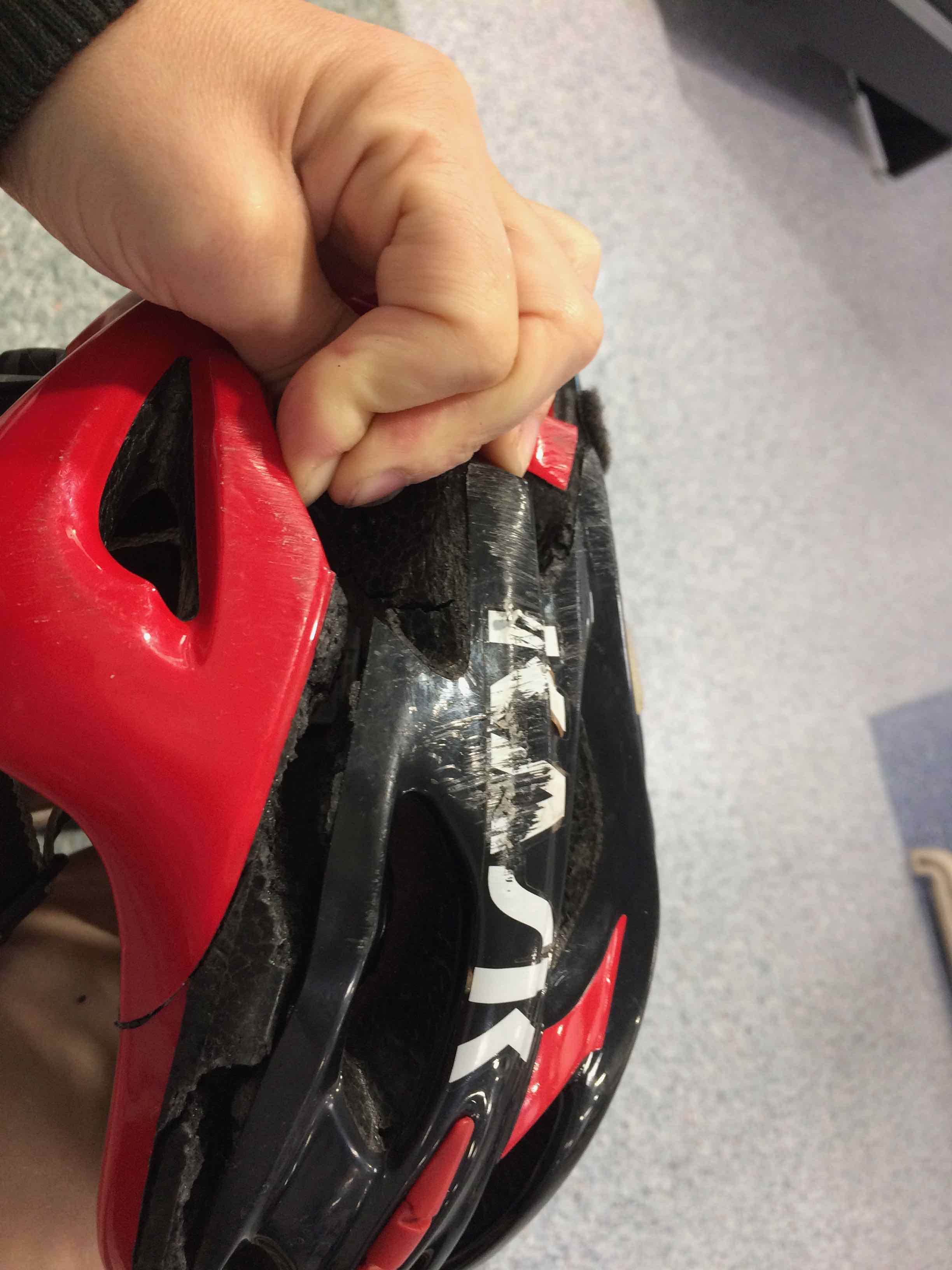 2017 brought with it a 2nd at National solo 24-hour championships in Canberra which was preceded by a win at Hidden Vale 24 hour. I competed on a regular basis and saw me working towards the goals and specialising in endurance events.

I love the 24 scene especially the camaraderie out on a course which you don't get in the shorter races. The emotions experienced before, during and after the race are incredible. Before the race in training it's fighting against the idea that quitting would be easier than continuing to train and race, the guilt of not being with Hayley 24 hours a day, the daily pain struggles where it's too hard to even move let alone go for a 6 hour training session on the mountain bike, the daily organisation required just to function as a mother, athlete, midwife, wife, daughter, sister and the financial strain of the sport. During the race its anything from elation through to the deepest darkest parts of your self, it's the fighting not to quit, the getting back up after a fall, it's the race strategies and pacing and eating and drinking and overall not being intimidated by your opposition. After the race it's the gratitude that you can actually stop riding now, the sense of achievement of meeting your objectives, the disbelief that you actually rode that far (yes checking the Garmin does not have the wrong numbers on it!), the hug from your young daughter who you ignored for 24 hours, the pride radiating from your husband and congratulations from everybody at the event. The pride continues for weeks or months afterward when random people on the trails ask about your 24-hour racing endeavors and then nearly fall over when you tell them how far you rode. The sense that yes you did something special and yet you can make improvements and go further and faster and aim for the stars.

The Fibromyalgia has given me so much I may not have had otherwise it pushes me to do things  I may never have had the chance to do. Dealing with chronic pain on a daily basis has made me strong and resilient ready to face up to challenges which life brings. The strength has improved my endurance riding as I'm used to pain and fatigue and have learned how to push past this every day. When others are fading or panicking because they have pain I just think what's a little more pain. Due to what I have achieved so far people question whether I really do have Fibromyalgia. At times I feel like a fraud and that maybe the diagnosis was incorrect however how else do you explain the pain when all scans, blood and investigations come back normal. I have developed a high pain threshold and feel sometimes the pain would floor the normal person.

The pain of Fibromyalgia is a strange one. The pain moves on a very regular basis imagine having pain in your back one second, then next pain in your head, then in your leg, then your little toe, then your finger some days my hair even hurts. The pain is not helped by simple painkillers so there's no point taking it. You don't want to be on an antidepressant to help you sleep as you turn into a zombie and you definitely don't want morphine. Some days if you keep pushing it hurts but if you stop it hurts even more so if you're going to be in pain any way you may as well carry on. Some days the endorphins from the mountain biking work by shutting the pain gate and some days they don't work. Some days you get brain fog which doesn’t help at work when you have to concentrate and act like everything is fine, I can't remember names, birthdays, special occasions and some days I feel as if I forget where I live (good to ride to work because then I don't lose my car in the car park) and I have no sense of direction whatsoever.

The purpose of the website is to get my story across and if I can inspire just one person then this justifies riding my bike round in circles for 24 hours!